Weaver Vale CLP (constituency Labour party) in Cheshire is clearly run by an excellent executive that keeps itself informed about wider party matters. The ‘exec’ was so concerned about the proliferation of what are mostly ‘fake Labour’ ‘fronts’ for right-wing and external groups set on seizing back control of the Labour party that they wrote a letter to Labour’s NEC (National Executive Committee) raising those concerns and some outstanding points about the nature of those ‘front’ groups. 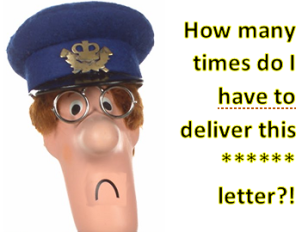 None of those three letters – sent in October, November and this month – has received as much as an acknowledgement from Labour HQ.

In the context of the recent discovery by the SKWAWKBOX that ‘inconvenient’ motions from CLPs are being ‘binned‘ by HQ rather than passed on to the NEC for consideration as they should be, a three-fold failure to even acknowledge the deep concerns of a whole CLP…

This entry was posted in Uncategorized. Bookmark the permalink.